What is a Regenerative Business? 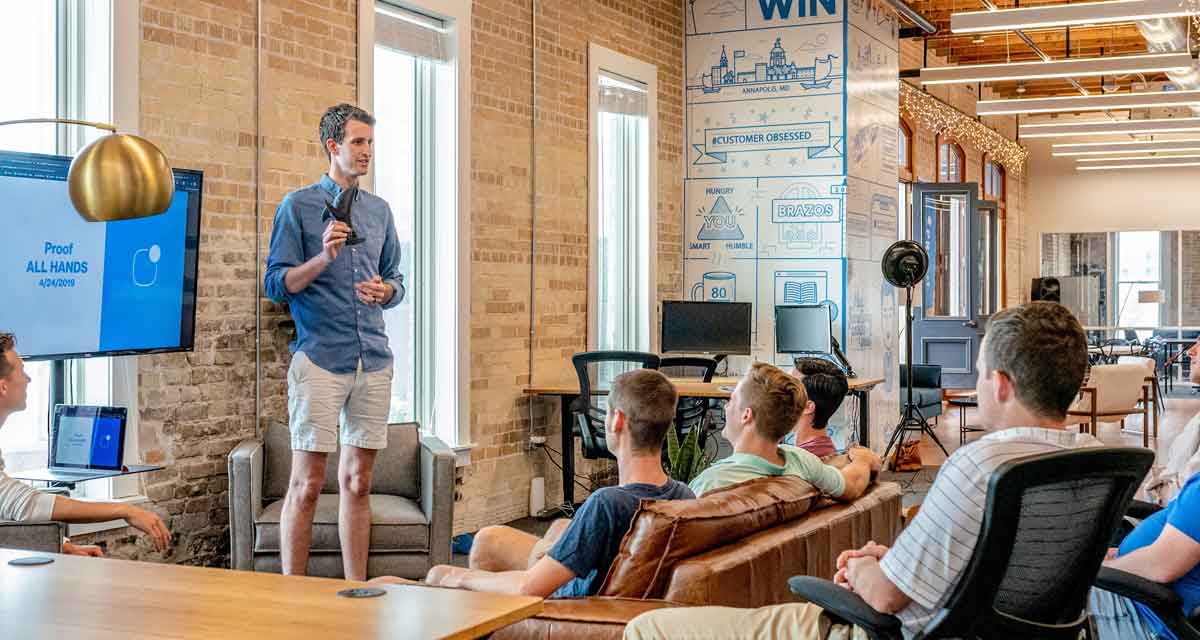 A regenerative business seeks to create value in all areas it impacts, it is more than circular, it is creating new value beyond just profit.

‍What is a regenerative business?

Dr. W Edwards Deming said it best, "It would be better if everyone worked together as a system, with the aim for everybody to win."

The current business model is linear; it is first extracts, then make, use and then pollute. A regenerative business seeks to create value in all areas it impacts, it is more than circular, it is creating new value beyond just profit.

A regenerative business moves business away from the old paradigm of profit first to one that is more inclusive of everybody, including the planet.

The pandemic, global warming and the changing world of work requires us to look differently at work and how it fits in within a much bigger picture that affects the planet, society, people, mental health, communities and families.

New challenges are looming large on the horizon too; AI, advances in genetic engineering, nanotechnology, global population growth declining as both standards of living, and medicines improve resulting in few births as wealthy people have fewer children, and they live longer and travel with us potentially becoming multi-planetary species.

Perhaps the biggest threat to humanity is simply the rapid rate of change that the world is experiencing across so many fronts all at the same time. Whilst these fronts are different today, at some point in the not-too-distant future they will converge and create something new we cannot at this time imagine.

It is therefore important that we put in place today the correct thinking, rules and regulations to ensure that progress works for humanity and not against it.

That thinking, that new business model, is Regenerative Business. Regenerative business seeks to improve not just profits but also wellbeing, families and community, society, and the planet.

Many companies are now looking to adopt more sustainable business practices including adopting the circular economy principles aimed at reducing waste by making it recyclable, reusable or compostable and reducing their greenhouse gas emissions by 2030 and changing to renewable energy such as solar, wind and wave. Doing more with less, polluting less, and generally trying not destroy the biosphere and the essential living systems of the planet that we depend on for our long-term survival.

But this isn’t enough as the global population is increasing, at least for now, people and are becoming wealthier, meaning more people will want to buy, use and throw away more. We already have global warming and our finite resources are already running out. In his podcast Navi Radjou Beyond Sustainability: The Regenerative Business describes how General Motors and others are redfiing their sustainability goals.

And our present state of affairs is also not a single-issue problem; we have increasing levels of inequality and metal health issues too, as well as the aforementioned future challenges.

Business needs to be more than sustainable, it needs to be regenerative, giving back at least 10 times what it takes or consumes across all areas it impacts; improving the wellbeing of people by 10, families and communities by 10, society and the planet by 10 too.

To achieve this, the mind-set of business must move from the short-term profit maximisation view of business to long term value creation across all areas of that a business impacts.

‍The Story of the Regenerative Business

During the industrial revolution of the 20th century, only the bottom line mattered, and that was profit. Companies did all they could to maximise profit and had that been for the long term, say 5, 10, 20, 30 or 50 years hence, that would have been ok, but unfortunately the focus was always on the next 3 months, the next quatre.

And so costs had to be minimised, corners got cut, staff, who were seen as a cost, were minimised and maximised in equal measure; minimum investment, maximum utilisation. Investments in research and development cut, product innovation, staff pay and training but with a focus on profits, the bosses did well, at least in the short term before they moved on to the next company.

Loyalty was low, antagonism was high, legendary between the bosses and the workers. Unions, strikes, job losses, all par for the course. It didn’t help that a very respected American economist by the name of Milton Friedman said, “The Social Responsibility of Business is to Increase Its Profits”. When he said that, his intentions were no doubt good. But it led to the exploitation of people and resources for profit.

A second spanner was thrown in the works when Frederick Winslow Taylor, who died in 1915, came up with Scientific Management. Known as Taylorism, it seeks to minimise waste and maximise efficiency. Coming as it did at the start of the industrial revolution, with Ford and others creating mass market production, work was reduced down to the simplest tasks, the most mundane and repetitive of tasks. Workers didn’t need to think, just do as they were told. The bosses did the thinking.

So workers were just seen as part of a bigger machine, just cogs and gears in a machine. The 1936 film Modern Times by Charlie Chaplin depicts the plight of the working classes at the hands of the industrial revolution as a reminder the issue was well documented even back then.

The third spanner came in the form of B F Skinner, who popularised Behaviourism, meaning that we have no free will, that we all just react to events around us. And so it followed that carrots and sticks were the best way to control and motivate the workers.

And these three ideas permeated management thinking throughout the 20th century.

A regenerative business recognises its new critical role in societal leadership and moves the world away from being too transactional to a more relational and fair society. And the good news is that we are more motivated by good relationships and doing good than acquiring more stuff. Ironically, the regenerative business generates higher revenues, margins and profits because of this. Happiness is a great motivator.

A rising tide lifts all boats. The industrial revolution has delivered increased living standards for millions of people, but the unequal distribution of wealth is causing resentment and unhappiness. Growth has come at the expense of equality. This is a pattern that repeats itself throughout history, that leads to decline and failure, but now the impact is global and avoidable. This inequality actually lowers business productivity and profitability. It's in everyone's interest to lower the current levels of inequality.

Infinite growth on a finite planet is not possible. As the world becomes wealthier and as the global population continues to expand, the exponential extraction and pollution of the planet will quickly deplete us of our natural resources. Most likely, before this happens, a chain reaction of weather events will create an environmental collapse quickly followed by economic and societal collapse leading to civil unrest and even wars. This is an issue of over production and consumption. Business leaders are in the best position to avert this issue before a tipping point is reached and events spiral out of control.

Being sustainable is not enough

The planet today is 1.1C above pre-industrial levels. At today's temperature the ice caps are melting causing sea levels to rise, the soil is drying out causing more and more trees to die out, forest fires start more easily, storms are more frequent, droughts increase, deserts expand, there are more health risks, increased poverty and people are displaced. We need to become NET regenerative, replacing by a factor of ten the damage we do to the planet.

Our transactional way of living and working is creating mental health issues. One in four people experience mental issues each year in the UK. Globally only 20% are engaged at work, just 32% are thriving, 43% are stressed at work, 24% experience a lot of anger and 25% a lot of sadness. Employee engagement is critical to business success.

Companies with 1-1000 staff to the rescue

We need to take the long view. Large corporations are focussed on short-term profit maximisation. If they don't maximise their short-term profits, CEOs lose their jobs, or they get taken over by another company who promises to do better. Small and medium-sized companies with 1 to 1000 staff can take the long view, they are passionate about change and making a difference and will benefit more quickly by developing a regenerative business mindset and way of working.