Thank you! We'll be in touch shortly.
Oops! Something went wrong while submitting the form. Please check your info and try again.
Thank you for providing your contact details. You may unsubscribe at any time.

Take immediate control of your business performance, staff motivation, culture, innovation, financial destiny and the fun you and your team have every day running your business. Awardaroo will take the guesswork out of growing your business.

TAW is a continuous business improvement programme for business owners and finance directors.

When I first saw Awardaroo I thought it would be invaluable, I would stand by that view.

Change What Matters with Employee and Customer Surveys

Many businesses are aware that it costs 6 times more to acquire a new customer than to keep an existing one. Find out what matters to your customers by gaining actionable insights from direct feedback to improve your customer experience. 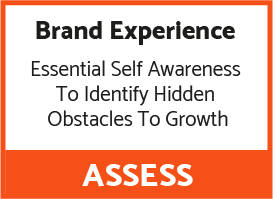 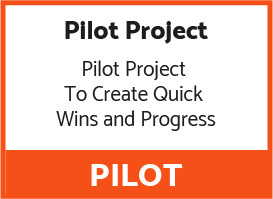 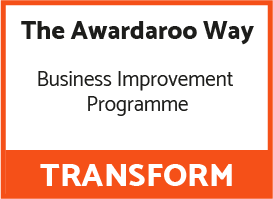 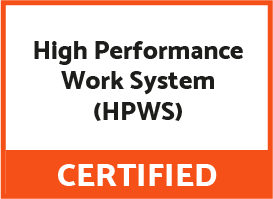 Emotional intelligence, also known as EI or EQ, is one of the most sought after skills in today’s workforce, particularly in leadership. This is likely because some 90% of top performers score high on emotional intelligence, while only 20% of low performers do the same. Other research shows EQ makes up for 58% of professional success, regardless of specific role or industry.
‍
Businesses can use emotional intelligence tests for a wide variety of reasons such as during recruitment, for internal promotions, for learning and development and more.

The History of Emotional Intelligence Testing

The term emotional intelligence derives from the term emotional strength, which was coined by Abraham Maslow in the 1950s. It was Michael Beldoch who first used the term emotional intelligence in one of his papers in 1964.
‍
From here, developmental psychologist Howard Gardner built on this idea in his publication, "Frames of Mind: The Theory of Multiple Intelligences". In it, he argued that traditional categories of intelligence, such as IQ, fail to fully examine cognitive ability. Instead, he stated there are multiple categories of intelligence including interpersonal intelligence (the ability to understand the emotions of others) and intrapersonal intelligence (the ability to understand one's own emotions).
‍
Though the concept existed as far back as this, it wasn't until 1995 that Daniel Goleman popularised the term in his book, "Emotional Intelligence - Why it can matter more than IQ". Since then, several psychologists including Stanley Greenspan and Peter Salovey have both worked on models to define EI.

Daniel Goleman's own model is slightly different. His updated model from the Best of Harvard Business Review 1998 focuses on the competencies and skills that drive leadership performance specifically.

Get the Recognition You Deserve with Award Entry Writing Services

Following the success of our business improvement programme, we'll help your business and employees get recognised for all the hard work over the last year, by both your customers and your wider industry. Our professional award entry writers will tell your unique story, craft your submissions and help you win the best awards in your industry.

Find out how we can help improve your business performance and profitability today. Book a 30min call to discuss how internal growth can help transform your business one behaviour at a time.